Just Varun Dhawan Acing Sanjay Dutt’s Signature Walk. So, how did he do it? 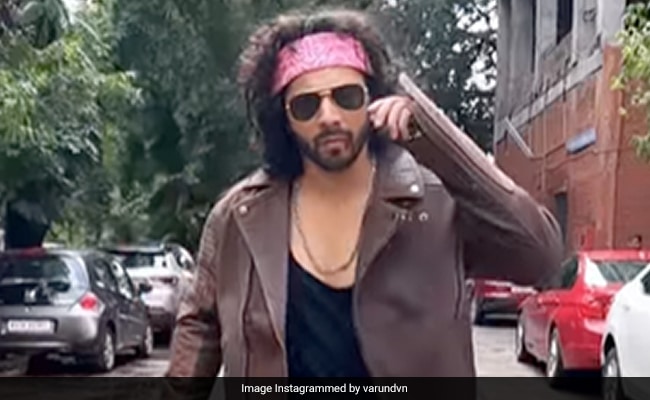 Varun Dhawan in a still from the video. (courtesy: varundvn)

Varun Dhawan, who likes to keep his Instafam informed about different facets of his life, shared a nice video on Instagram. The video shows how Varun Dhawan gives an impression of Sanjay Dutt’s signature walk. Varun can be seen with long hair styled with a bandana in the video as he walks towards the camera and his swag is off the charts. Varun Dhawan’s style in the video seems to be inspired by Sanjay Dutt’s look in his debut film rocky, what about the long hair and the bandana. The actor accompanied the video with the song Rama Re from the movie Kanante, which also featured Sanjay Dutt. Varun Dhawan captioned the video: “chavagiric.”

Varun Dhawan, star of movies like October, Humpty Sharma Ki Dulhania, ABCD 2, Badlapur and Dilwale made his Bollywood debut with the 2012 film Student of the Year. He was also featured in the remake of Coolie No. 1 with Sara Ali Khan. He was last seen in Jugjugg Jeeyo. He will be seen next in Bhedia with Kriti Sanon. Other than that, his lineup of movies also includes: Bawaal with Janhvi Kapoor.

Varun Dhawan married fashion designer Natasha Dalal after dating for a few years. They even went to school together. The couple married in an intimate ceremony in January last year.