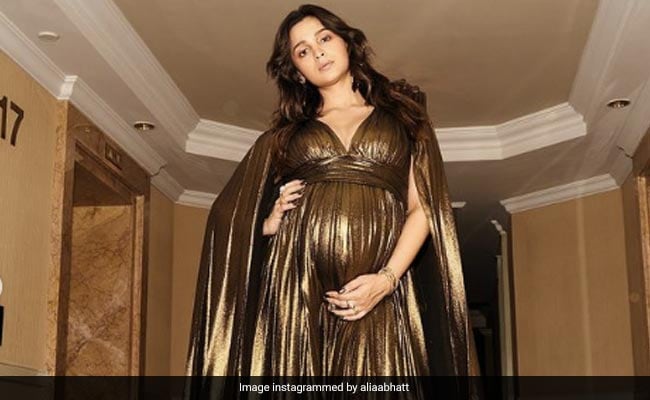 Alia Bhatt recently attended the Time 100 Impact Awards in Singapore and her speech came straight from the heart. The actress spoke about her journey in movies to date, her struggles with spelling and more. There was one moment from the speech, however, where she revealed that her baby “kicked her relentlessly”. “But for now, tonight, this award has really made an impact on me – me and my little one, who kicked me relentlessly during this speech. Thank you so much,” said Alia Bhatt, who is expecting her first child with husband Ranbir Kapoor.

Alia Bhatt announced her pregnancy in an Instagram post in June this year. She married Brahmastra co-star Ranbir Kapoor in April this year at their home Vastu, in the presence of a few relatives and close friends. The star couple had been dating for over 5 years before getting married. Their story started on the sets of Ayan Mukerji’s Brahmastratheir first movie together.

Alia Bhatt will soon make her Hollywood debut with Heart of stone, starring Gal Gadot. Furthermore, the actress has several films in the line-up. Alia Bhatt had four movie releases this year – RRR, Gangubai Kathiawadic and Brahmastra — all of which received great box office collections. She also starred in and co-produced darlingswhich was released on Netflix and received positive reviews.

Share
Facebook
Twitter
Pinterest
WhatsApp
Previous articleJ&K: DG Prisons Hemant Lohia found dead, police suspect murder by domestic worker | News
Next articleBSNL is finally moving to 4G as the country prepares for 5G! This is when it will be launched