Disha Patani is “too hot,” in the words of Krishna Shroff. Agreed 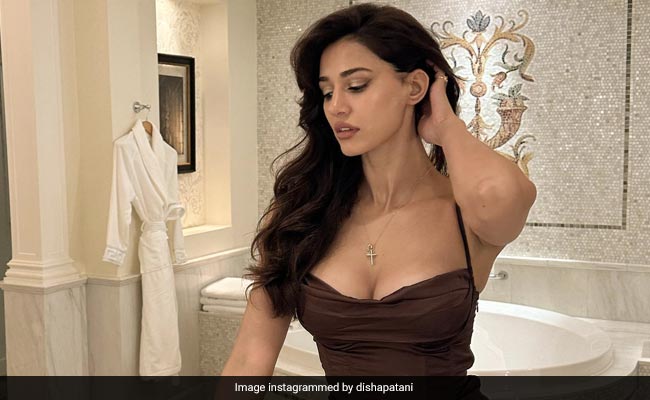 Disha Patani often sets the internet on fire with her glamorous photos and videos. Now the actress has given fans a midweek treat: a video featuring her in an ultra-glamorous avatar. In the clip, Disha Patani can be seen in an embellished beige dress with her hair left open in waves. Along with the video, Disha Patani added Beyonce and Jay Z’s song Drunk in Love. She let the video do the talking and skipped the caption for the post. In response to the video, Disha’s BFF Krishna Shroff said, “TOO fire,” using fire emojis. Krishna Shroff is the sister of actor Tiger Shroff, who was rumored to be in a relationship with Disha Patani.

In another image, where Disha Patani is dressed in a bikini, Krishna Shroff said, “You are unreal.” Ayesha Shroff, the mother of Krishna and Tiger Shroff, said, “Woaaaah deeshu,” with fire and heart emojis.

Recently, Disha Patani made headlines when she was clicked alongside India’s first K-Pop star Sriya Lenka. In the picture, the two divas are dressed in their fashionable best clothes. While Sriya is seen in a pink and white outfit, Disha has an all black look. Sriya shared the image saying that Disha is one of her favorite actresses and added, “Look who’s here. One of my favorite actresses, Disha Patani. You are such a beautiful soul. So nice to meet you.’

Before that, Disha Patani posted a video behind the scenes of a photo shoot. In the video, the actress can be seen in a black outfit with a plunging neckline.

It is rumored that Disha Patani is in a relationship with Aleksandar Alex Ilic. She will be seen on the work front Jodha with Sidharth Malhotra and Project K with Prabhas and Deepika Padukone.