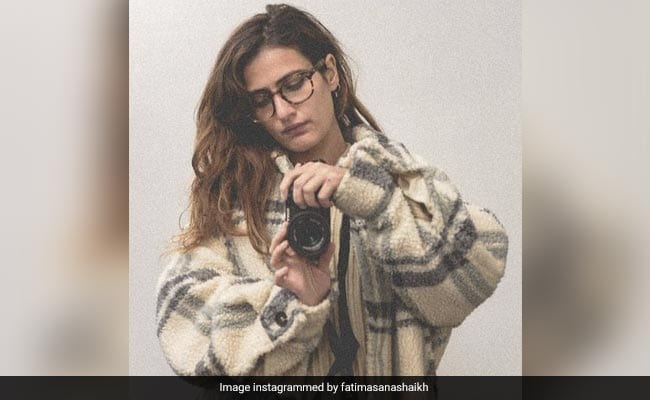 Fatima Sana Shaikh has caused a stir on the internet after she posted a message spreading awareness about epilepsy, a brain disorder that “causes recurrent, unprovoked seizures due to disrupted nerve cell activity in the brain.” With her post, the actress marks the Epilepsy Awareness Challenge 2022. She shared a mirrored selfie, looking stunning in a trench coat, and wrote: “Just wanted to post a photo to talk about epilepsy. Koi relevance nahi hai photo aur topic ka. (There is no relationship between the photo and the subject.)”

Elaborating on epilepsy, Fatima Sana Shaikh started her note with a simple question, “What is epilepsy?” and added: “Epilepsy is a brain disorder that causes recurrent, unprovoked seizures due to disrupted nerve cell activity in the brain. You are often diagnosed with epilepsy when you have two or more unprovoked seizures. Epilepsy can occur as a result of a genetic disorder or a brain injury, but many people never know the cause.”

Fatima Sana Shaikh also added five facts about epilepsy people should know: “5 facts about epilepsy everyone should know. 1. 1 in 26 people will develop epilepsy 2. There are four main types of epilepsy (focal onset, generalized onset, combination , and unknown) 3. It is estimated that about 1/3 of people with epilepsy have resistant (also called refractory or intractable) epilepsy 4. Anything a person can do when conscious can become unconscious during a seizure , food) 5. Almost anything can be an attack trigger for someone.”

She concluded her note with the words “Epilepsy Awareness Challenge 2022. Feel free to share your epilepsy story here.”

Shortly after she shared the post, her industry friends Sanaya Malhotra, Rhea Chakraborty and others dropped heart emoticons. Her fans also flooded the comment section, thanking her for spreading awareness. One user wrote: “This is really a very nice and helpful post, thank you Fatima for shedding Light on epilepsy, that’s a very good and social topic you brought up through this post.” Another fan wrote: “Much appreciated.. thanks for throwing light on this topic. By the way, you look cool.. mashaAllah.”

Meanwhile, on the work front, Fatima Sana Shaikh will next be seen in Sam Bahadur, co-starring Vicky Kaushal and Sanya Malhotra and Dhak Dhak.