In the Jaisalmer Diaries of Tara Sutaria. See pictures 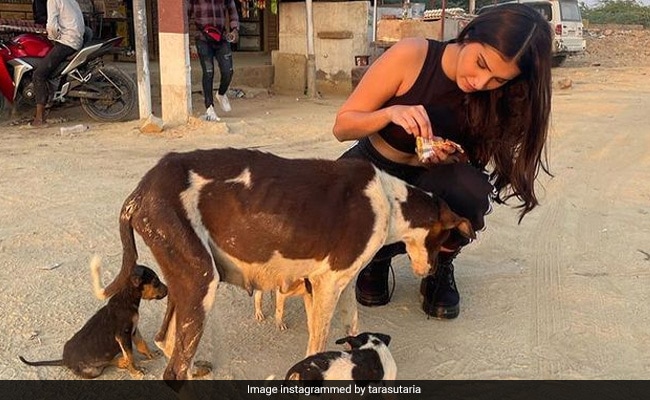 Tara Sutaria, who is currently filming for her movie apurvac in Jaisalmer, has a special request for her fans. The actor shared a few photos of himself feeding some puppies and their mother on Instagram on Thursday. Tara shared the photos, writing: “I found a litter of tiny puppies and a mother who hadn’t eaten in a while… Heartbreaking… We fed them and gave them love and I urge you to do the same. do it if you ever see an animal in need of care! I got a lot of affection in return in the form of licks and tiny barks!”

Many fans of the actor praised her for her kind gesture in the comment section of the post, while others even had suggestions for her. One of her fans wrote, “I’ve heard about Seven Wonders of the World and the 8th just showed up,” while the other wrote, “Tarss Incredible.”

Meanwhile, one of her fans suggested this: “You can use your range and put them up for adoption so they live to find their forever home.”

Tara Sutaria shared another set of photos of herself on Wednesday to announce the start of shooting her film apurvac. In the photos, the actor can be seen in a completely black look. The actor shared the photos, writing, “And so it begins… This wild ride to play Apurva.”

Tara’s post caught the attention of her friend and actor Aadar Jain, who had the most adorable response. He wrote, “Smash it baby,” with a rocket emoji in the comment section of the post.

apurvac, directed by Nikhil Nagesh Bhat, is produced by Star Studios and Murad Khetani. Tara will play the title role in the film.