Shilpa Shetty, who was in a wheelchair for months, practices Surya Namaskara 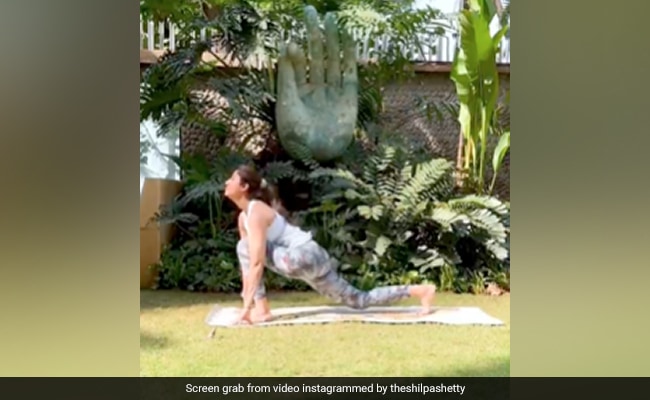 Shilpa Shetty, who has been in a wheelchair for the past few months due to an injury on the job, has finally recovered and practiced Surya Namaskara after a three-month hiatus. Shilpa Shetty, a fitness enthusiast, often shares her workout videos and photos on her social media handles. Today, on the occasion of Guru Nanak Jayanti, Shilpa Shetty shared a video of herself practicing Surya Namaskara on her Instagram handle, revealing how it was an “indescribable feeling” for her.

Her caption read: “‘He who has no faith in himself can never have faith in God.’ – Guru Nanak Dev ji This teaching has stayed with me for many years now and I believe in it very strongly Believing in yourself and having faith that you can do whatever you want is one of the best ways to live a healthy life With this in mind – on the special occasion of Gurpurab, I first practiced Surya Namaskara again, three months after my injury. It is an indescribable feeling to reach this milestone after being wheelchair bound for weeks.”

Shilpa Shetty was injured on Rohit Shetty’s sets Indian Police, while shooting for an action scene. The actor shared the news on her Instagram handle.

Despite Shilpa being in a wheelchair, her love of fitness didn’t end. Shilpa found many ways to exercise during her recovery period.

Check out a few posts here: