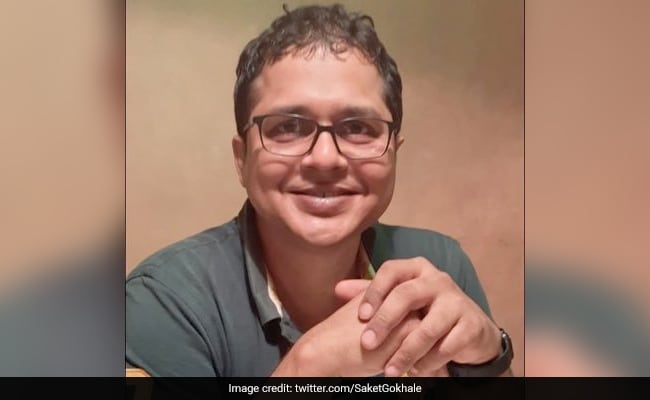 Saket Gokhale has been detained by a special court until January 31.

Trinamool Congress spokesperson Saket Gokhale reportedly spent more than Rs 1.07 crore through crowdfunding for social causes, on food, drinks and other personal expenses, the Enforcement Directorate has alleged. The money included more than Rs 23 lakh in cash from an aide to Congress Rahul Gandhi.

The agency, which is investigating the misuse of funds, filed the claims in a Gujarat court on Wednesday after it arrested the 35-year-old from Sabarmati prison.

Mr Gokhale was imprisoned by the Gujarat police who arrested him twice in three days in December in connection with the alleged irregularities in the crowdfunding initiative. He has been detained by the special court until January 31.

Sources said the agency has summoned Alankar Sawai, an aide to Rahul Gandhi, in connection with the investigation. During the interrogation, Saket Gokhale had said that Alankar Sawai had paid Rs 23.54 lakh in cash for handling social media. Between 2019-2022, he collected Rs 1.07 crore through crowdfunding, which he spent on personal expenses, sources said.

Mr. Sawai, a former banker, is a close associate of Rahul Gandhi and heads his investigative team. When asked why Alankar Sawai paid him in cash, Mr Gokhale said, “Only Alankar Sawai can answer this question,” the ED told the court, the Press Trust of India news agency reported.

The agency told the court that Mr Gokhale allegedly created a fake electronic document in the name of an institution like ‘OurDemocracy.in’ through which he collected money from the complainant and other individuals through a private company called GiantTreeTech Private Limited.

The money “has been spent on speculative stock trading, food and drink and other personal expenses that appear to be extravagant in nature,” according to the ED.

Mr Gokhale denies using the money for personal expenses and said he invested the money in the stock market so that he does not need to raise any additional funds. The agency told the court that Mr Gokhale is “uncooperative”.