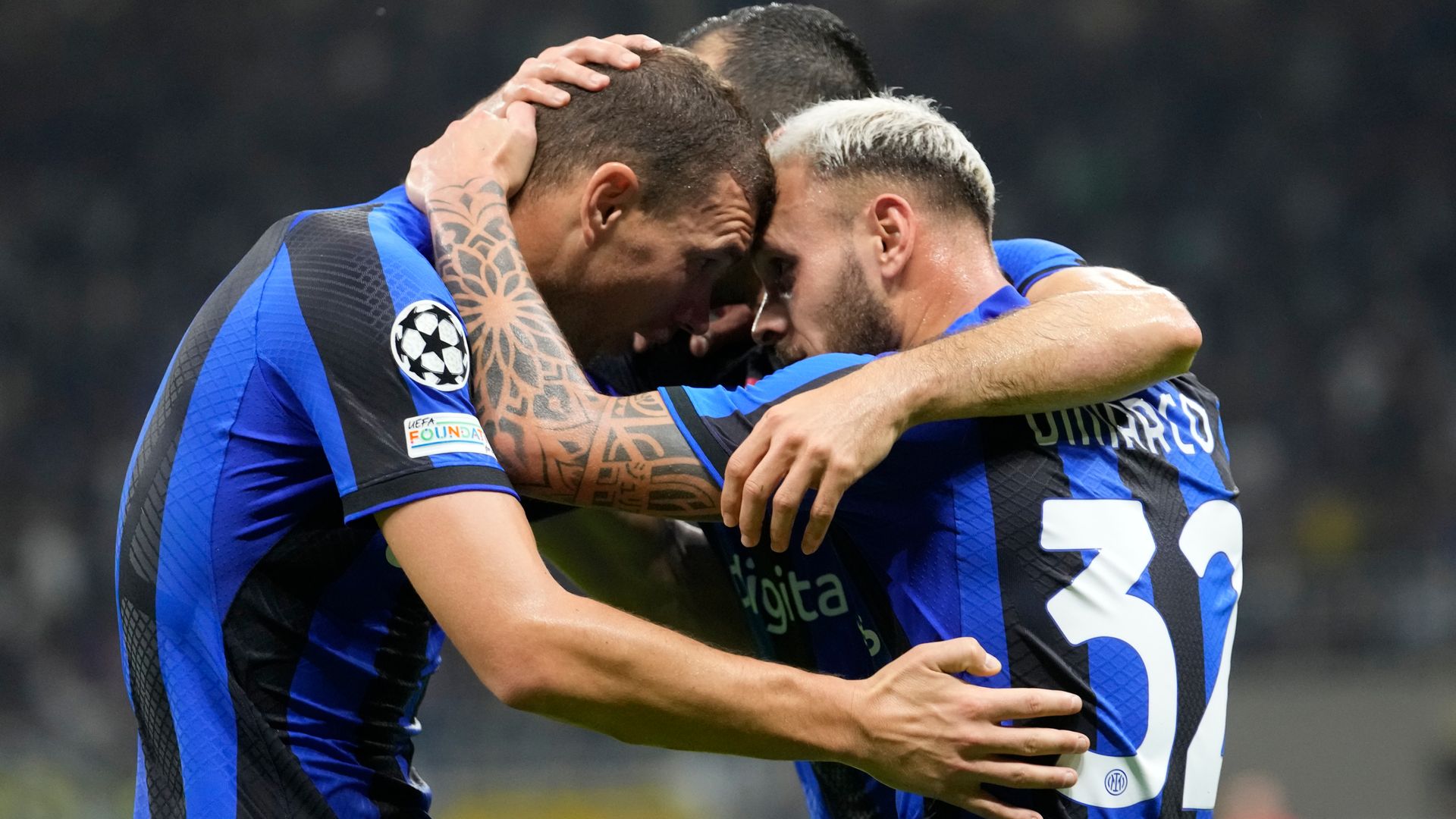 Barcelona were eliminated from the Champions League before kicking a ball on Wednesday, as Inter Milan’s 4-0 win over Plzen only left a Europa League place.

Former Premier League players Henrikh Mkhitaryan and Edin Dzeko scored in the first half to help Inter get started in San Siro, before former Man City player Dzeko struck again in the second half. Romelu Lukaku finished the win late, leaving Barcelona only able to finish third in Group C.

It is the second consecutive season that Barcelona, ​​which hosts Bayern at Camp Nou on Wednesday, have exited the Champions League in the group stage, after spending 17 consecutive seasons in the knockout stage.

A lively opening gave Inter early chances, but they were thwarted by Plzen goalkeeper Jindrich Stanek, who made an excellent double save in the 25th minute before Mkhitaryan gave the hosts the lead 10 minutes later.

The former Roma midfielder turned in a looping cross from Alessandro Bastoni and veteran Dzeko put Inter in full command when he tapped home after Federico Dimarco managed to hold onto Nicolo Barella’s excellent crossfield pass.

Plzen, winless in this year’s competition, offered little offensive threat and was cut open again in the 66th minute when Dzeko topped up his score when he brought in Lautaro Martinez’s pass inside the area.

Porto gives hope with a big win in Bruges

Elsewhere on Wednesday, Porto boosted their hopes of progress in the Champions League with a convincing 4-0 victory over Group B leader Club Brugge and confirmed their advance to the knockout stage on Wednesday.

Mehdi Taremi gave Porto the lead in the first half before goalkeeper Diogo Costa saved two penalties to deny the Belgian hosts a way back into the game early in the second half.

Evanilson, Stephen Eustaquio and Taremi then scored three more goals in quick succession to give Porto revenge after losing 4-0 at home to Club Brugge in mid-September.

The result left Bruges, already assured of a top two place, at 10 points, while Porto moved to nine and they will have secured qualification for the knockout stage in February if third-placed Atletico Madrid, with four points, Bayer cannot beat Leverkusen at home later on Wednesday