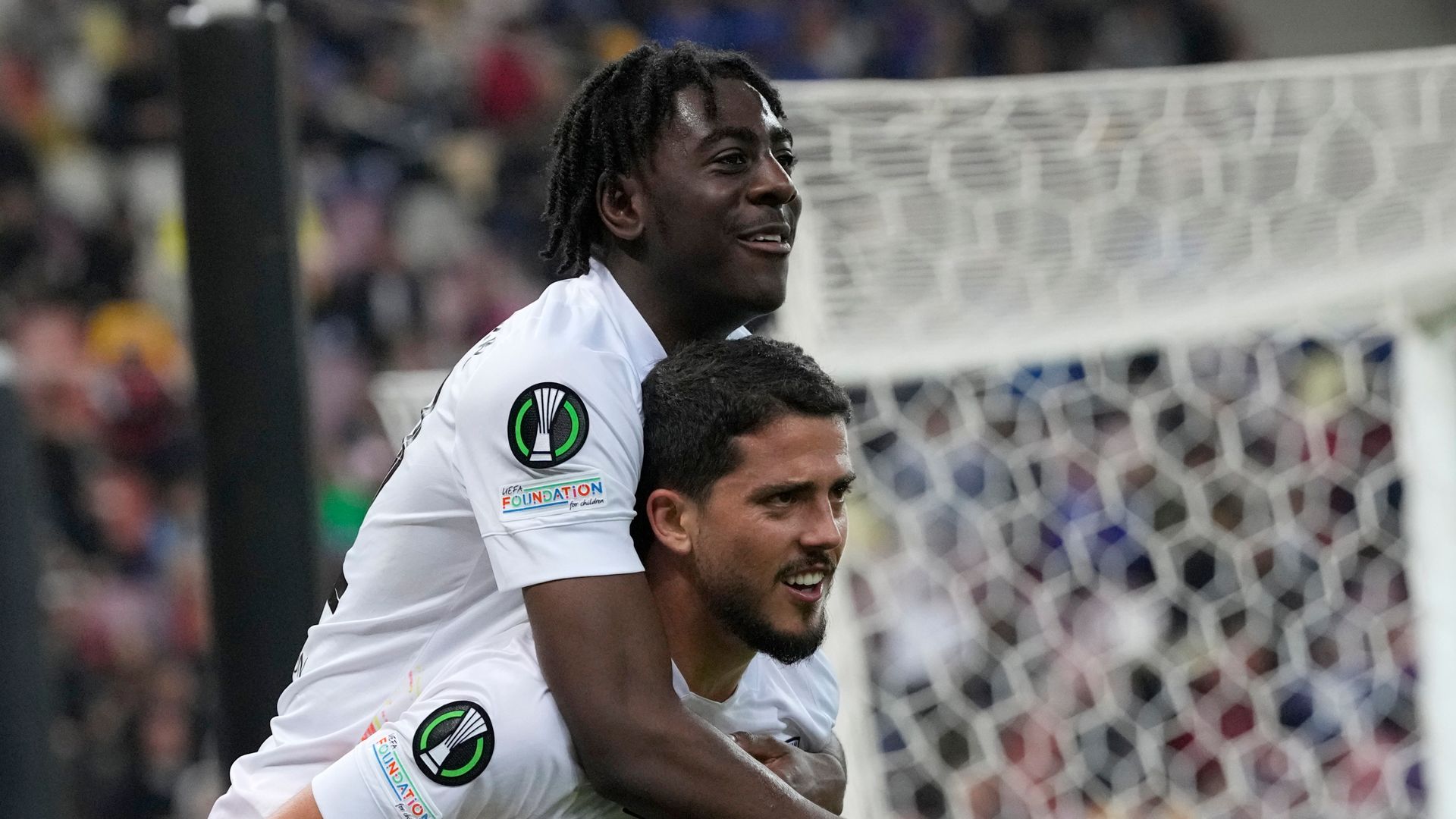 Hammers boss David Moyes made 10 changes for the trip to Bucharest, debuting teens Oliver Scarles, 16, and Divin Mubama, 18, from the start with first place already wrapped in Group B.

Pablo Fornals scored from either side of Mubama’s header – which was later awarded as an own goal by Joyskim Dawa – as West Ham stranded to victory in Romania.

West Ham top Group B after winning all six matches, with Anderlecht joining them in the knockout stage after taking second place with a 2-0 win over 10-man Silkeborg in Denmark, while FCSB bottomed out. ended up.

How the Hammers made history in Bucharest

West Ham got off to a nervous start in Bucharest against FCSB, coming into the game knowing they would end up bottom of the group anyway, with Ben Johnson and Vladimir Coufal making mistakes in possession at the back.

It was debutants Scarles and Mubama who brought West Ham to life on offense as the latter nearly finished a poor low cross from his teammate but was denied by FCSB goalkeeper Stefan Tarnovanu.

The breakthrough came from a looping long ball from Johnson to Fornals, who closed the Spaniard with a sweet left-footed half volley after some lackluster FCSB defence. Replays showed that the goal would not have stood if the VAR had been in use.

Ten minutes after the break, Mubama thought he had doubled West Ham’s lead with a debut goal, following a cross from Coufal from the right, but UEFA scored it as an own goal from FCSB defender Dawa.

Fornals struck nine minutes later when he took advantage of Tarnovanu’s spill from Scarles’ cross to hammer in the rebound on his 150th West Ham appearance.

West Ham have three games left before the World Cup break. They host Crystal Palace in the Premier League on Sunday; kick off at 2 p.m. They then welcome Blackburn Rovers to the Carabao Cup on Wednesday 9 November.

West Ham’s last Premier League game is on Saturday, November 12, when they host Leicester; kick off at 3 p.m.