Apple and Amazon face a new class action lawsuit accusing the two tech giants of colluding and defrauding customers by artificially inflating the price of iPhones and iPads. 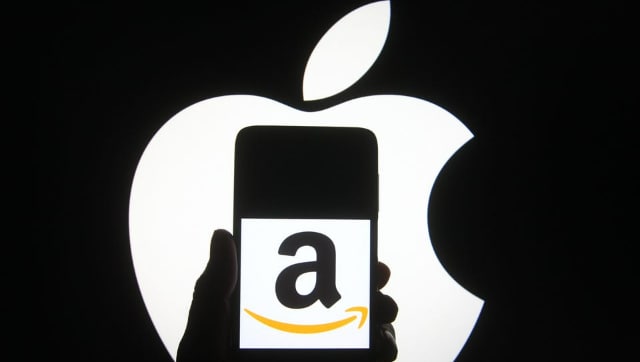 The lawsuit alleges that Apple and Amazon teamed up to reduce the number of third-party sellers of Apple products on Amazon Marketplace from about 600 to just seven sellers using anti-competitive methods. Image credit: AFP

The lawsuit, filed in the U.S. District Court for the Western District of Washington, accuses Apple and Amazon of collaborating to “stifle competition” by eliminating third-party Apple resellers on Amazon Marketplace, allowing certain “dedicated” sellers on the platform price the iPhone as they please.

This new class action antitrust lawsuit against Apple and Amazon, who said the two companies entered into an “illegitimate horizontal agreement to eliminate or at least seriously mitigate the competitive threat from third-party sellers.”

This agreement “brought the number of third-party sellers of Apple products on Amazon Marketplace from about 600 to just seven sellers.” The lawsuit revolves around a 2019 agreement between Apple and Amazon, in which Apple established an official store on Amazon for the first time. Since then, other retailers or resellers have somehow been prevented from selling Apple’s products.

The class-action lawsuit is being led by Hagens Berman, the law firm that has targeted Apple multiple times in the past. Most notably, Hagens Berman successfully went after Apple in 2013 for pricing eBooks, leading to direct payouts to customers. The company also represented small developers in a class action lawsuit against Apple, which led to a $100 million settlement. The lawyers are also bringing an Apple Pay antitrust case on behalf of banks.

According to Hagens Berman, Apple suggested, and Amazon agreed, to limit the number of resellers in each country to no more than 20. This arbitrary and purely quantitative threshold even excluded authorized resellers of Apple products.

According to the lawsuit, available data indicates that before the agreement, there were at least 100 unique resellers offering iPhones and at least 500 iPad resellers on the Amazon platform, and after that there were no more than seven, a 98% drop from the number of resellers of Apple products. Hagens Berman encourages people who have purchased an iPhone or iPad from the “Buy Box” on Amazon as of January 2019 to contact the company, saying those people “may have paid too much and may have be entitled to compensation under consumer rights laws.”A

Share
Facebook
Twitter
Pinterest
WhatsApp
Previous articleInclude everyone turning 18 on the electoral roll, exclude anyone with religious identity: Mamata asks officers
Next articleEx-BJP MLA who jumped in river after Morbi bridge collapsed to save people gets ballot