Have you met the lookalikes of Alia Bhatt, Aishwarya Rai Bachchan and Deepika Padukone? 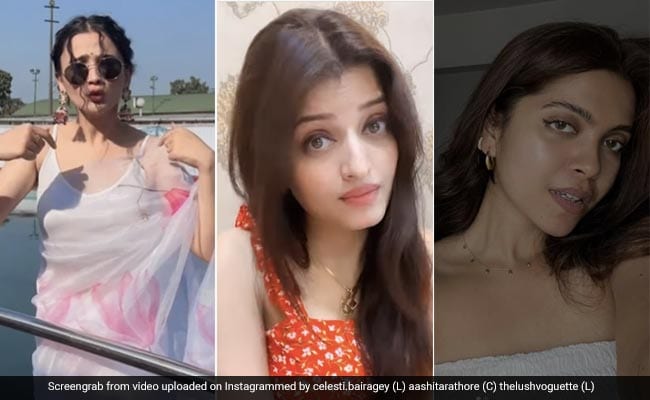 We, as Bollywood fans, try to keep ourselves updated with the tiniest details about our favorite celebrities. Whether it’s their vacation photos or Sunday brunches, most of us love getting a glimpse into the lives of our favorite stars. In the midst of this, most of us have often come across the lookalikes of our favorite stars by chance. From Aishwarya Rai Bachchan to Deepika Padukone, the doppelganger managed to surprise us. Recognizable, have we heard? Today we decided to check out the celebrities and their lookalikes. So are you ready? Then read on.

We should start with this one. After all, she recently clicked on a photo with her lookalike – Bareeha, an influencer from Pakistan. On the list are the two who flash their million dollar smiles at the camera. Along with the photo, Bareeha wrote, “Finally met my doppelganger, Suhana Khan. Here’s a side-by-side comparison for all the people who keep sending me her photos in my DMs.”

Fans found another lookalike of Aishwarya Rai Bachchan in Aashita Singh. People, on the social media platform, were quick to spot the “uncanny resemblance”. One person wrote: “Looks like Aishwarya Rai”. Another said: “Aishwarya pro max.”

It is not the first time the internet has come across a lookalike of Aishwarya Rai Bachchan. Before that, Aamna Imran, a medical professional, was trending on social media because of her resemblance to the actress. One fan said “Aishwarya in her youth”.

Well, fans were just as excited when they found Deepika’s lookalike on the internet. Rijuta Ghosh Deb, a digital content creator, is somewhat similar to the actress, according to the internet. So much so that someone wrote, “First, I thought it was a Deepika Padukone fan page.” Another said: “Meanwhile, Deepika Padukone in a parallel universe.” Meanwhile, some could not believe their eyes.

Oh yes, according to the internet there is also an Alia Bhatt doppelganger. Who is she, you ask? A person called Celesti Bairagey on Instagram. Internet Couldn’t Keep Calm When She Remade Alia’s Gangubai Kathiawadic watch and groove to the beats of Dholna, from the movie Dil Toh Pagal Hai. A user called her “Mini Alia”. Another said, “Looks like Aaluu”, referring to Alia’s nickname.

So what do you have to say about it?