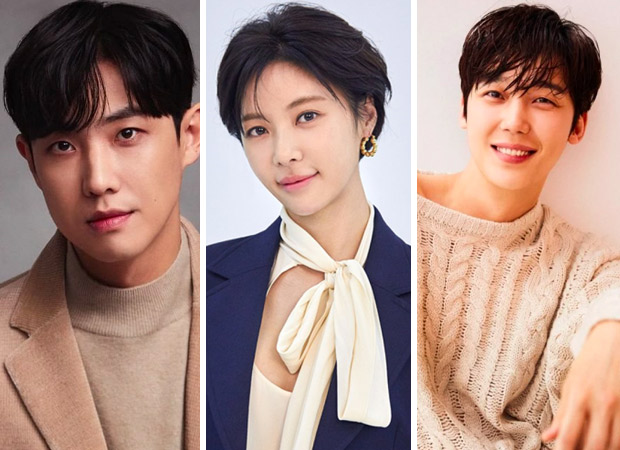 According to the Korean media portal Soompi, The Escape of the Seven tells the story of seven people involved in the case of a missing girl who are faced with a huge incident that is intertwined with many lies and desires. The drama will dynamically portray the truth-seeking journey, as well as the bloody retribution that is like divine punishment.

The drama comes from screenwriter Kim Soon Ok and director Joo Dong Min who previously collaborated on The Last Empress and The Penthouse series. According to the report, Uhm Ki Joon will take on the role of the mysterious figure Matthew Lee, the representative of Korea’s largest mobile platform company.

Hwang Jung Eum plays Geum Ra Hee, the talented and daring representative of a drama production company who is a self-righteous woman and will do whatever it takes to earn wealth and success. She tries to find her daughter, whom she abandoned 15 years ago, in order to inherit a large inheritance.

Lee Joon takes on the role of former mobster Min Do Hyuk who has no dreams or hopes. As the report describes, Min Do Hyuk is a person who lives and dies by loyalty, but unfortunately his life is full of unexpected series of betrayals. Yoon Jong Hoon plays Yang Jin Mo, the CEO of Cherry Entertainment. Yang Jin Mo is usually gentle, but he has endless greed, and when he explodes in anger, no one can stop him.

Lee Yoo Bi will be seen as Han Mo Ne, a campus star and idol intern. With her beauty, rich family and extraordinary talent, Han Mo Ne is a wannabe star among her friends. Shin Eun Kyung takes on the role of Cha Joo Ran, an obstetrician-gynaecologist.

Returning to the small screen after about three years, Jo Yoon Hee will take on the role of Go Myung Ji, an art teacher. Jo Jae Yoon will play Nam Chul Woo, a faded suburban detective who is out of luck with his business and gets a quick promotion for the first time in five years.

Finally, Lee Deok Hwa will play Bang Chil Sung. Also known as Chairman Bang, he is a reputed building owner and rich in cash. He attends and opens up to his tenant Cha Joo Ran instead of his own family.

The production team shared: “The desperate escape story of the seven intertwined with desires and secrets will unfold dynamically. The synergy between screenwriter Kim Soon Ok, who returned with an even more shocking and intense story, director Joo Dong Min, and the actors will create a new sensation.”

The Escape of the Seven will be broadcast in 2023.