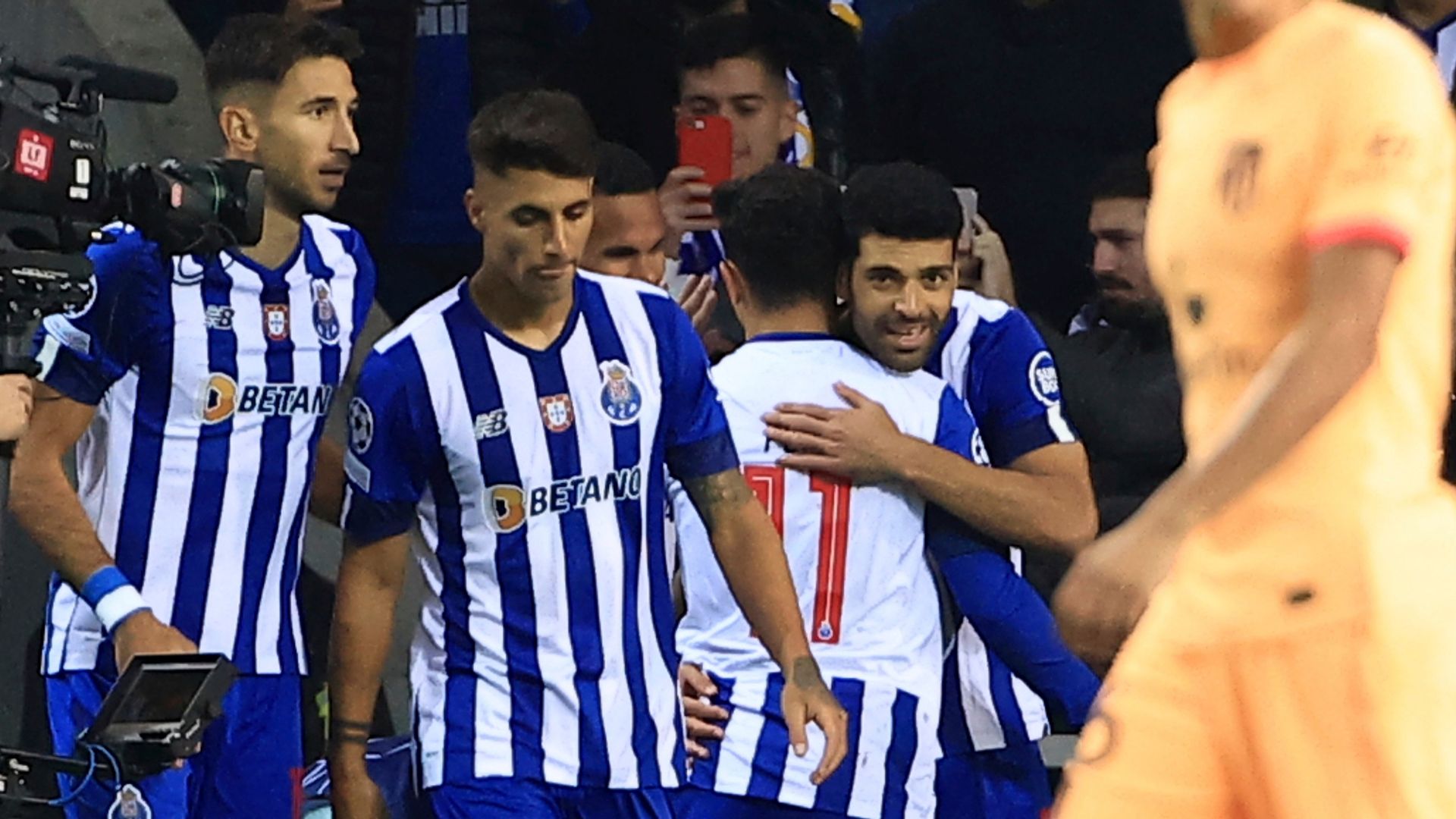 Goals from Mehdi Taremi and Stephen Eustaquio helped Porto beat Atletico Madrid 2-1 at home on Tuesday and finish at the top of Group B of the Champions League.

Porto had already qualified for the last 16, but jumped over Club Brugge to finish as group winner with 12 points, one point for the Belgians who also advanced.

Atletico finished last and failed to even qualify for the Europa League knockout round.

Porto took the lead in the fifth minute when striker Taremi tapped in a cross from Evanilson, scoring his fifth Champions League goal of the season.

Midfielder Eustaquio doubled Porto’s lead in the 24th minute by drilling the ball into the bottom corner after Galeno sprinted to the left and made a cross into the penalty area.

Porto defender Ivan Marcano scored an own goal in added time, but it didn’t do much damage to Porto, who went on to seal three points.

Bruges second and Leverkusen third in group B

Club Brugge finished second in the group after failing to win at Bayer Leverkusen instead of a 0-0 draw.

Upstarts Brugge had already qualified for the February 16 round, after their first four matches, having become the surprise pack of the group campaign.

But a 4-0 defeat at home to Porto last week and a draw at the Bay Arena on Tuesday meant they finished on 11 points from their six games, one behind Porto.

Leverkusen finished third, taking a Europa League place for bottom side Atlético in their head-to-head results against the Spanish club after both finished on five points.

Bruges came closest to victory on Tuesday when their Canadian international Tajon Buchanan hit the post shortly after half-time, although Leverkusen was more attacking and the visiting goalkeeper Simon Mignolet forced some important saves.