“Love You in Every Condition and Shape” 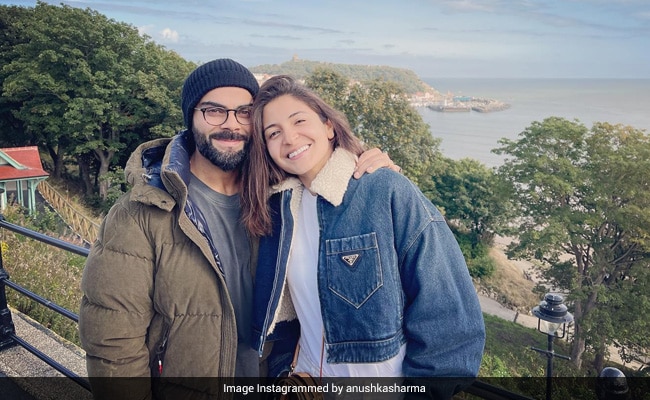 Virat Kohli turns 34 today and his wife and actor Anushka Sharma chose his best angles and photos to wish him a happy birthday. On Saturday, Anushka Sharma shared a few photos of Virat Kohli on her Instagram handle, writing: “It’s your birthday my dear, so obviously I’ve chosen your best angles and photos for this post. I love you in every state and shape and in every way.” In the photos, Virat can be seen in many funny angles and poses. In one of the photos, the actor also poses with his daughter Vamika, but Anushka chose to hide her daughter’s face with a heart.

Anushka Sharma’s post caught the attention of many, including her husband and birthday boy Virat Kohli, who dropped a smile and heart emoji in the comment section of the post.

Actors Esha Gupta, Radhika Apte and Danish Sait also responded to Anushka’s unique birthday post for her husband, dropping smiles and heart emojis in the comment section of the post.

Anushka Sharma often shares photos of her husband Virat on her Instagram handle, especially appreciating and motivating him for his many achievements as a cricketer, father and husband.

Just a few days ago, Anushka Sharma posted an appreciation message to her husband for his recent cricket performance. It was the cutest thing on the internet.

Here are a few more posts from the couple:

Anushka Sharma married Virat Kohli in 2017 after dating for a while. The power couple welcomed their daughter Vamika in January 2021.

Orange is the new black for Priyanka Chopra