Who’s on the Miami Dolphins’ “bandwagon” when they face the Chicago Bears this Sunday? And which of the ‘wounded giants’, the Los Angeles Rams and Tampa Bay Buccaneers, will kick off their season with a win?

Neil Reynolds and Jeff Reinebold were back to make their Week Nine predictions for the latest episode of the Inside The Huddle podcast, looking forward to Sunday’s NFL live action on Air sports.

Click the link below to listen to Neil and Jeff in this week’s podcast, wherever they reflect on a chaotic trade deadline day in the NFL, and read on below to see their Week Nine picks…

“I’m on the cart and I choose the dolphins.

“Since those on Mark Duper and Mark Clayton in the 1980s, we haven’t seen a passing attack in Miami that has been so fruitful – and that’s no exaggeration. In between, it’s been years of bloated nonsense. 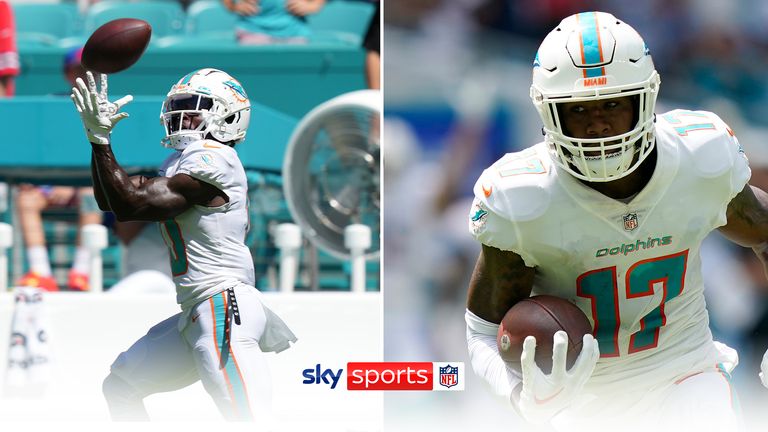 The Miami Dolphins’ duo Tyreek Hill and Jaylen Waddle, as well as quarterback Tua Tagovailoa, have been unstoppable this season so far – check out some of their best plays!

The Miami Dolphins’ duo Tyreek Hill and Jaylen Waddle, as well as quarterback Tua Tagovailoa, have been unstoppable this season so far – check out some of their best plays!

“Jaylen Waddle and Tyreek Hill at the receiver are just so fast. It’s so exciting to watch. Last week they combined 20 catches… the next best was tight end Mike Gesicki with three. Teams know where the ball goes, and they still can’t stop!”

“I’m also taking Miami. The Dolphins are doing such a great job of highlighting the defense, in two ways. They have the opportunity to lead football – and that will only get better with the addition of Jeff Wilson [via trade from the San Francisco 49ers] – and then they also have weapons with speed in the passing game.

“Hill, I think, is currently on track to have 1,700 yards this season! It’s already turning out to be a phenomenal year for him. He has more than proved his worth in Miami.”

“My biggest problem with the dolphins is honestly, can they Tua [Tagovailoa] healthy at quarterback? If they do, they have a chance.”

“This game is fascinating. First of all, it was a great game in the divisional round of the NFC play-offs last year… but now we are here with two injured giants this season.

“The Rams are visiting the Bucs, both with just three wins in eight weeks. I’m not saying it ‘must win’ because the teams in their respective divisions aren’t running away with things either – there’s still plenty of time to turn it around , but they have to be fast!

“This game is a real coin flip, but I’m going for the Bucs just because it’s played in Tampa Bay and maybe Tom Brady can come up with something.”

“What worries me about the Bucs is that they are badly beaten in the line of scrimmage – on both sides of the ball. And I don’t know how that will change anytime soon.

“The Rams, it’s been a tough Super Bowl defense for them so far. Quarterback Matthew Stafford is playing injured, Cooper Kupp now also has an ankle injury.

“I think the Rams will just about win this, but I think both teams are in danger of not making the playoffs.”

“I think Patrick Mahomes has too much for the Titans.

“As much as Tennessee can try to run the ball with Derrick Henry and keep it away from Mahomes, I still think he’ll make the throws when he needs to make them.” 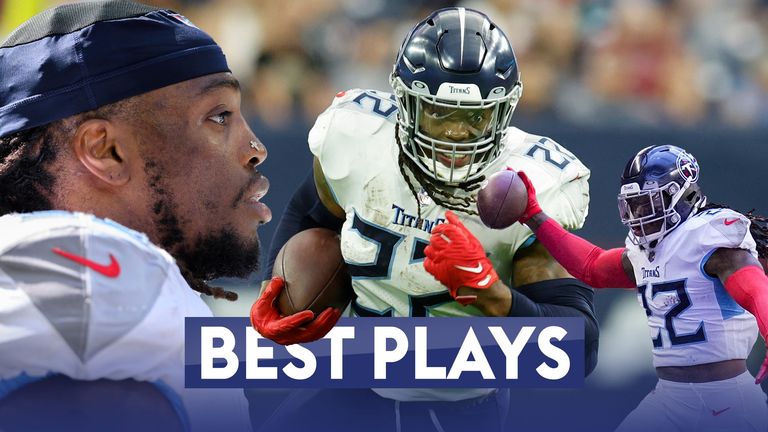 “I agree. It’s Kansas City to me too – there’s too much of a difference as a quarterback between the two teams.”

Sky Sports NFL is your dedicated channel for NFL coverage throughout the season – featuring a host of NFL Network programming. Don’t forget to follow us on skysports.com/nflour Twitter account @SkySportsNFL & Sky Sports – on the go!