Suhana Khan meets her Pakistani lookalike during her trip to Dubai 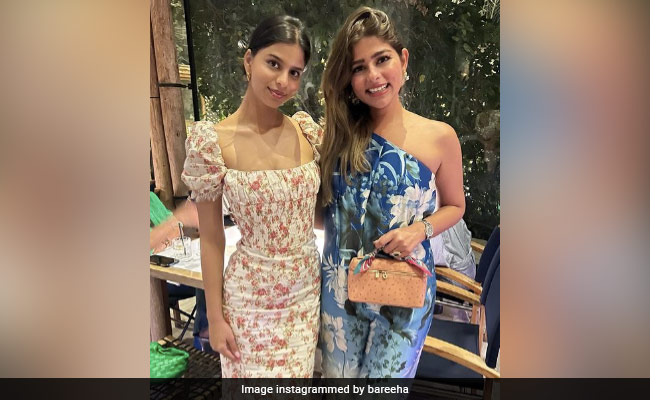 Suhana Khan, who is currently on vacation in Dubai, recently met her lookalike. Shah Rukh Khan’s daughter Suhana is on vacation in Dubai with her mother Gauri Khan, Amazing lives of Bollywood women star Maheep Kapoor, Maheep’s daughter and Suhana’s best friend Shanaya Kapoor among others. A day earlier, a Pakistani influencer – Bareeha – who was also on vacation in Dubai, shared a photo with Suhana, writing: “Finally met my doppelganger Suhana Khan. Here’s a side-by-side comparison for all the people who stick with her photos send in my DMs” with a smiling emoji.

The photo shows Suhana in a floral dress, while Bareeha wore a blue jumpsuit.

Here are a few more posts from Bareeha to compare:

Suhana’s best friend Shanaya and her mother Maheep Kapoor shared a few photos from their Dubai vacation on Instagram.

Maheep Kapoor shared a series of photos with himself, Gauri Khan, Suhana Khan and Shanaya on Friday.

Shanaya also shared a few photos of herself on Instagram. According to her caption, her best friend Suhana Khan clicked these pictures for her.

Suhana Khan Is All Set To Make Her Bollywood Debut With Zoya Akhtar’s The Archies.