Alia, Ranbir Kapoor and others in Fam-Jam Pic of Mahesh Bhatt’s Birthday 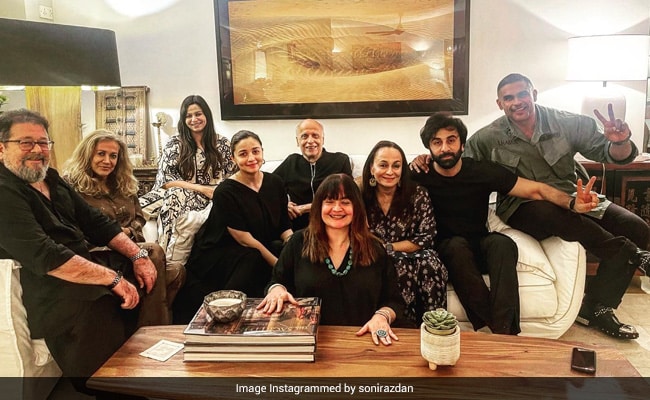 Mahesh Bhatt celebrated his 74th birthday yesterday (September 20) with his family including Alia Bhatt, Ranbir Kapoor and Pooja Bhatt. Now his wife and actress Soni Razdan has shared a post where they get a glimpse of his birthday celebrations. In the photo, Mahesh Bhatt, Alia, Ranbir, Pooja, Soni Razdan, Shaheen and Rahul happily pose for the camera. Also featured in the picture are Kunal Kapoor (the son of the late actor Shashi Kapoor) and Tina, Soni Razdan’s sister. Alia and Ranbir team up with birthday boy Mahesh Bhatt in black outfits. In the caption, she wrote, “It’s all in the family,” followed by heart emoticons. Shortly after she shared the post, Neetu Kapoor left a heart emoticon in the comment section.

Daughter Alia Bhatt has also shared an image of father Mahesh Bhatt from the birthday celebrations. The image shows him posing for the camera with an “aloo fry,” according to Alia’s caption. She wrote: “Happy birthday… may your days be full of aloo fry.” 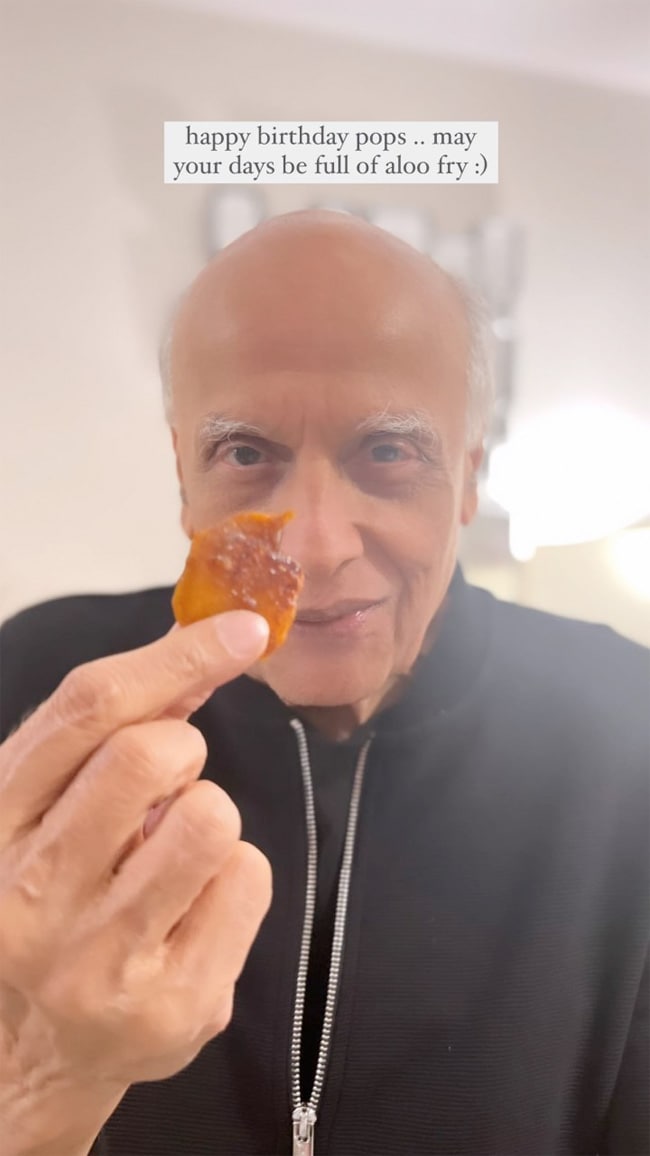 Meanwhile, on the work front, Soni Razdan was last seen in Sardar Ka Grandson. She will then be featured in pippa, starring Ishaan Khatter and Mrunal Thakur. The film is slated for a December 2 release.

Alia Bhatt and Ranbir Kapoor, on the other hand, are enjoying the success of their recently released film Brahmastra. Next, Alia will be featured in Rocky Aur Rani Ki Prem Kahani with Ranveer Singh, while Ranbir will be featured in animationMe with Rashmika Mandanna.