Rashmika Mandanna wants to take Delhi on a “momo date” 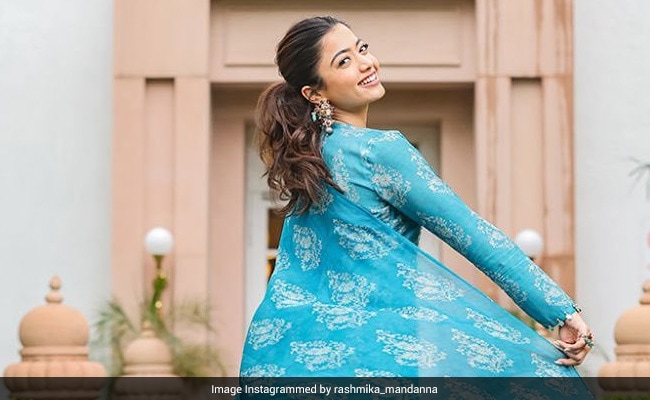 Rashmika Mandanna, who recently attended an event in Delhi, is in love with the city. On Saturday, the actor shared a few photos of himself on Instagram, but what caught our attention was her caption. Rashmika shared photos of herself in a gorgeous blue ensemble, writing, “Thank you Delhi, you were too sweet. Let’s go for a momo date next time.” Rashmika’s post got more than 1.4 million likes and a lot of comments from her fans. One wrote: “Impressive. Very unusual”, while the other wrote: “As beautiful as ever! Can’t wait to see you soon.” Many others dropped heart, fire and starry eyes emojis on the actor’s post.

Rashmika Mandanna, waiting for the release of her Bollywood debut Bye, starring Amitabh Bachchan and Neena Gupta in the lead roles, had its song launch event on Friday. The song with the title the hico was released on September 16.

Byedirected by Vicky Bahl is said to be about self-discovery, the importance of family and the celebration of life.

Other than ByeRashmika will also be featured in Sidharth Malhotra’s Mission Majnu and Ranbir Kapoor’s Animalalso starring Anil Kapoor.

The actor made her acting debut with the 2016 Kannada film Kirik party. She has worked in many Kannada and Telugu movies. Her Telugu Movie Geetha Govindam opposite Vijay Deverakonda was a super hit. She was also seen with Mahesh Babu in Sarileru Neekevvaru in 2020.

Currently, the actor is promoting Byewhich will be released worldwide on October 7.