Ahead of the reported wedding to Ali Fazal, Richa Chadha tweets: “Can’t wait for October” 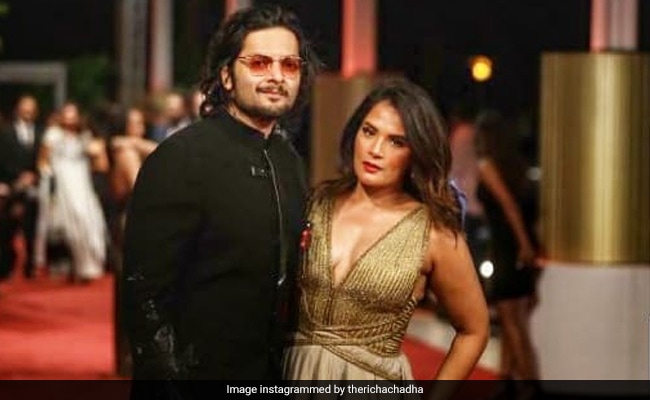 Richa Chadha shared a photo on Twitter on Thursday night, which read: “New life, loading.” She simply wrote: “Can’t wait for October…” along with an emoji. Richa Chadha’s cryptic message arrived amid reports of her and Ali Fazal’s wedding in October. “The fukrey co-stars will reportedly hold wedding parties and events in Delhi and Mumbai, and a special party is also planned in Delhi after the mid-October wedding at the iconic Delhi Gymkhana Club,” news agency ANI said. and lockdowns, however, the wedding was postponed.

Ali Fazal and Richa Chadha are said to have been dating since 2015. They confirmed their relationship status in the year 2017 when the 3 idiots actor posted a selfie with Richa Chadha and said, “Hai toh hai.” Richa Chadha and Ali Fazal, co-stars of fukreyalso shared screen space in Fukrey Returns. They also had extended cameos in Netflix’s Call my agent: Bollywood.

In an interview earlier this year, Richa Chadha confirmed that she and Ali Fazal are getting married this year. She said News18: “I think shaadi… shaadi ho jaegi iss saal. kar lenge kisi tarah se (We are getting married this year, will get married somehow). We are very excited to get married but just worried about Covid and want to be responsible. Don’t want to be in the news for the wrong reasons. In addition, we were both very busy when business opened and work resumed at full speed. So I’m saying we should enjoy doing live productions by taking combination dates and making it happen this year.”

(With input from ANI)