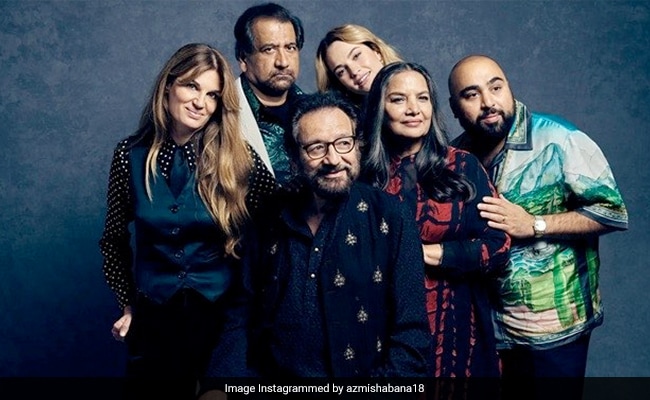 What should love do? is a cross-cultural rom-com. When the film premiered at TIFF this year, Shabana Azmi shared glimpses of the star cast’s red carpet moments and wrote about the reaction the film received at the film festival.

In another update from the TIFF, Shabana Azmi said: “Red carpet TIFF for the premiere of Shekhar Kapur’s What Does Love Have To Do With It?…got 2 standing ovations…People laughed, people cried and the response was overwhelming. Bravo Jemima Khan, Lily James, Sajal Aly and most importantly Shekhar Kapur. We missed the wonderful Emma Thompson.”

Shabana Azmi also showed us a message she received from Oscar winner Emma Thompson, who was unable to attend the TIFF premiere. “Emma Thompson’s message to me on Shekhar Kapur’s What’s love got to do with it?it reads.

The film also features Nikkita Chadha, Haqi Ali, Yassine Anaddam in pivotal roles, among others. Watch the trailer of What’s love got to do with it? here:

The film will be released in UK cinemas on January 27 next year.